Changes to Proficiency Certificates in Nepal

Nepal is a landlocked country sandwiched between India and China. While it has its share of struggles with poverty, revolution, natural disasters, and inequalities, Nepal has made a firm commitment to education as critical to its path forward into the 21st century. Because of rapid changes and advancements in their educational sector, there may be some confusing credentials from Nepal. Two of note are at the Certificate Level (the Proficiency Certificate a.k.a. the PCL) in a general discipline issued exclusively by Tribhuvan University up until ~2015 and those awarded in technical disciplines (nursing, radiography, civil engineering etc.) offered by universities and the Council for Technical Education and Vocational Training (CTVET).

In the end of the 1900s, Nepal’s education system resembled that of Pakistan’s in terms of the year counting of benchmarks. In approximately the first decade of the 21st century, Nepal attempted to vault past India in terms of the alignment of their national system with that of nations such as the United States. One credential which has seen a great deal of pressure due to these seismic educational shifts is the certificate level.

In the 1990s, the education system in Nepal resembled a 10+2+2+2 pattern. After receiving the School Leaving Certificate (SLC) credential at grade 10, all further education required admission into Tribhuvan University. The grade 10 SLC was known as “the Iron Gate,” as it was difficult and failure rates were high. The two years following grade 10 were represented by the Proficiency Certificate. Bachelor degrees were often two to three years followed by a one to two-year master degree. The Proficiency Certificate issued exclusively by Tribhuvan in subject areas like Humanities, Law, and Management, functioned as a college preparatory program. Tribhuvan was the only university in Nepal until 1985. Most of the higher educational institutions in Nepal opened in the 90s or after.

The nature of the Proficiency Certificate credential changed once Nepal overhauled their education system. With free education offered through grade 12, and the implementation of the national higher secondary examination, CTVET took control of the certificate level programs. Tribhuvan phased out those proficiency certificate programs which were purely preparatory, though still offered them alongside CTVET programs in the early 2000s. All new programs are authorized under the CTVET. These new programs were very specific technical and vocational courses of study in areas like Nursing and Construction Management. Years of study vary from 1 to 3, and while admission requirements for these programs is still grade 10 SLC/SEE, they may grant access to further undergraduate education in that respective specialty.

Nursing is an interesting example. The Nepali PCL in Nursing began in 1999 and has become somewhat controversial. Attempts were made to eliminate it, change it, add years, adjust the admission requirement, adjust what is grants admission to, but between civilian protests and pressures from varying political organizations as well as national labor demands, the credential has fluxed about in a nebulous limbo for the past twenty years.

In the first decade of the 2000s, it was possible (however atypical) to complete (at institutions such as the Kathmandu Model Hospital – School of Nursing affiliated to Purbanchal University) a Bachelor of Nursing (otherwise a 4-year degree) in two years, following a PCL in Nursing, via their Post-Basic Bachelor in Nursing degree program. However, there were several 2-year Nursing bachelor programs in operation, in addition to 3-year programs. In many cases, much like the Indian diplomas from polytechnics, students may have one lower-division year of study waived from the bachelor level studies. A PCL in nursing granted access to employment as a staff nurse as well as advanced standing in bachelor-level programs.

What will continue to challenge interpretation of the certificate level out of Nepal is that education in Nepal continues to change and develop at a remarkable rate. Full implementation of 10+2 primary and secondary as well as the great transformation of 3-year programs into 4-year degrees.

In some sense, the dynamism and specificity of the certificate level in Nepal around the turn of the century means that each certificate level program needs to be evaluated very carefully, particularly if it was used to access further education. The ministry of education explained to Scholaro that for the university student, 10+2 will still be considered the universal admission standard, and PCL courses must be a minimum of two years to supplant the 10+2 requirement.

As Nepal pushes for grade 12 to be the national standard, as it is for university entrance, we can begin to expect 10+2 from most students. Students with a PCL in Nursing would also have their 10+2 examination. 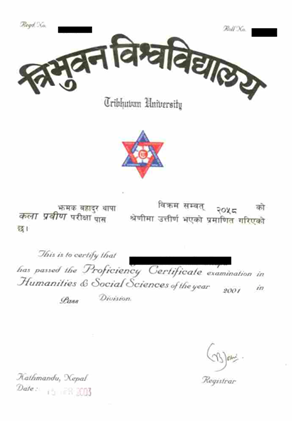 Image 2: Proficiency Certificate in Nursing – This credential represents three years of education post-grade 10, and may be considered for undergraduate admission with up-to one year of advanced standing. Please note, many applicants may have completed twelve years of primary and secondary education (10+2) prior to beginning this program, but the present minimum admission requirement remains grade 10.