How to Become a Teacher at a University 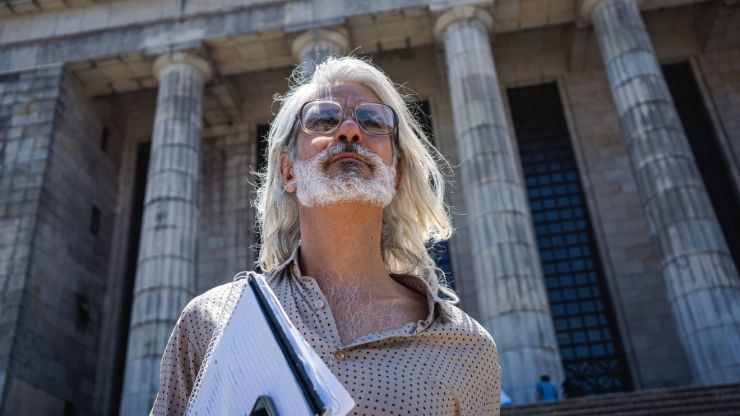 Teaching early childhood through secondary education requires state-approved certification. This is not the same situation for teaching at the university level. Often, the university itself makes the decision to employ an individual as a professor at their institution. For this reason, there are no state board certification examinations for professors.

Much like with certification, certain academic degrees are required to teach. But unlike with certification, the most-often required degree is a doctoral degree rather than a bachelor’s or master’s degree. “Learn How to Become” has a 5-step list for how to become a professor. In step 3, they highlight how earning a graduate degree is required for professors, and it is mentioned that having a master’s degree is often acceptable for teaching at community colleges, while doctoral degrees are necessary for teaching at universities. The most detailed step is number four: getting into an assistantship. Doing an assistantship with a professor while in graduate school provides the benefits of financial aid as well as related work experience, which is valuable for one’s curriculum vitae (CV).

Before diving deeper, it is important to note that there is a difference between a lecturer and a professor. It is explained in this page from Study.com. Lecturers do not need to hold a PhD in order to teach, while professors do need a PhD. Professors also tend to have a higher level of involvement with the school’s organization, and they can make the syllabi and grade the students’ work for the courses they teach.

There are varying levels of titles for professors, and each title impacts the salary amount. At any given university, there will be a mix of visiting, adjunct, assistant, associate, full professors, and administrators among department staff. What do these levels mean? TheBestSchools.org provides a helpful guide to the different levels of professorship. In their guide, there is a total of ten title levels in ascending order of pay grade, part-time vs full-time status, and distinguishment.

Beginning with Adjunct Instructors, these professors are not always considered professors, as they tend to be part-time and sometimes work for different institutions during the week. They are listed lower than Graduate Teaching Assistants, who tend to be both instructors and graduate students at a university, as they tend to receive more advantages than Adjunct Lecturers (despite Adjunct Lecturers mostly having doctoral degrees). Then, the next level up is Visiting Professor. This is a professor employed at a university who is teaching short-term at a different school, which pays a stipend for the professor’s stay. After this title, the positions listed become primarily full-time, and can lead to tenure. The word tenure, according to the Lexico.com (Oxford) Dictionary, the word as a transitive verb means to “Give (someone) a permanent post, especially as a teacher or professor.”

An Assistant Professor is often a full-time lecturer and researcher at a university, and it can also be the beginning to getting tenure down the road. Universities will conduct reviews of professors at different stages of their careers, which can result in awarding of higher professor titles. Following a successful review from the university after roughly five to seven years, a person can potentially become an Associate Professor. While hired as an Associate Professor, there is often a motivation to be involved in lecturing, research, and even publication to try and get over the next hurdle of professorship. Being an Associate Professor is when a professor is considered to have earned tenure. Another review after a similar amount of time could then result in the title of Full Professor, and any of the levels after this are additional to having tenure.

Endowed Professors are more honorable and are salaried through allocated funding via an endowment for the university. Distinguished Professors are higher up with their tenure and higher up in their field, overall. The level of Administrator is second-to-highest because it is a role designated by the university itself, and the position is often filled by staff currently employed at the institution. Finally, the title of Professor Emeritus is given to a well-respected retiring professor. Most will no longer lecture, but the guide does indicate that Professors Emeriti will sometimes still work part-time. It cannot be ignored that the list begins and ends with (primarily) part-time salaried professorship positions.

Other Qualifications for Teaching at a University

Holders of professional higher degrees can also teach at universities, although there is higher likelihood that they would teach in the subjects related to their professional background and/or specializations. A person with a Doctor of Medicine (MD) degree could teach subjects at a university college of medicine as a guest lecturer. For example, a plastic surgeon who specializes in surgical laser technology might be invited to give single, unpaid lectures on surgical laser fundamentals to medical students at university medical colleges across the country.

Holders of Doctor of Medicine-Doctor of Philosophy (MD-PhD) dual degrees are, according to the Association of American Medical Colleges (AAMC), research-focused, and since a PhD is awarded simultaneously with the MD, universities are likely to hire them to teach and possibly conduct research.

In the professional field of architecture, there are two potential doctoral degrees: the Doctor of Architecture (D.Arch.) and a Doctor of Philosophy (PhD) in Architecture. As explained by Study.com, there is a major difference between these advanced degrees. To summarize, only holders of a PhD in Architecture would be able to teach, as well as conduct research in architecture. Those with a D.Arch. degree are more likely to use their degree solely in a professional setting.

There are advanced degrees and other similar qualifications for becoming a professor in the US that can be earned in different countries all over the world. In Germany, the Doktorgrad (Doctorate) and Habilitation degrees are the standard doctoral and post-doctoral degrees awarded by universities throughout the country. However, the Habilitation degree, specifically, allows one to become a professor at a university in Germany. Russia also has a doctoral and post-doctoral degree, with their Kandidat Nauk (Candidate of Sciences) and Doktor Nauk (Doctor of Sciences). The Government of Alberta (IQAS) guide to Russia’s education system lists the Candidate of Sciences degree as granting access to Associate Professor positions, while the Doctor of Sciences grants access to Full Professor positions. Similar advanced credentials are also awarded by universities in post-Soviet countries like Kazakhstan, Kyrgyzstan, Turkmenistan, and Ukraine.

Many institutions in countries across different continents award doctoral-level (sometimes called “third-level” or “third-cycle”) degrees, and anyone that possesses the equivalent of a US doctoral degree could potentially become a professor or lecturer at a university. It suffices to say that the highest academic  qualification in a given country is usually equivalent to the highest qualification in the United States. In many cases, these are third-cycle qualifications similarly to the third cycle qualification in the United States, the Doctoral degree. But cycles can be tricky, and not all education systems are subdivided in this way. This is where a foreign credential evaluation would become most helpful because it examines educational benchmarks, duration of education, as well academic and professional access of a degree in determining a US equivalency. Evaluation agencies like Scholaro specialize in such academic equivalencies. Individual who obtain an evaluation report with a US-equivalency of a doctoral degree could utilize their evaluation to potentially pursue a teaching or research position at a university.